Invoking ideas of sterility and preservation through works on paper, mixed media sculpture, sound, and performance, Matheke culls inspiration from thinking about ‘the confrontation of mortality’ that haunts and guides a process informed from within.  Whether it be through utilizing the body as source material and subject in his blood paintings or ritualistic installations, Matheke uses the idea of art as a platform for liberating, medium-mixing, and participatory play. 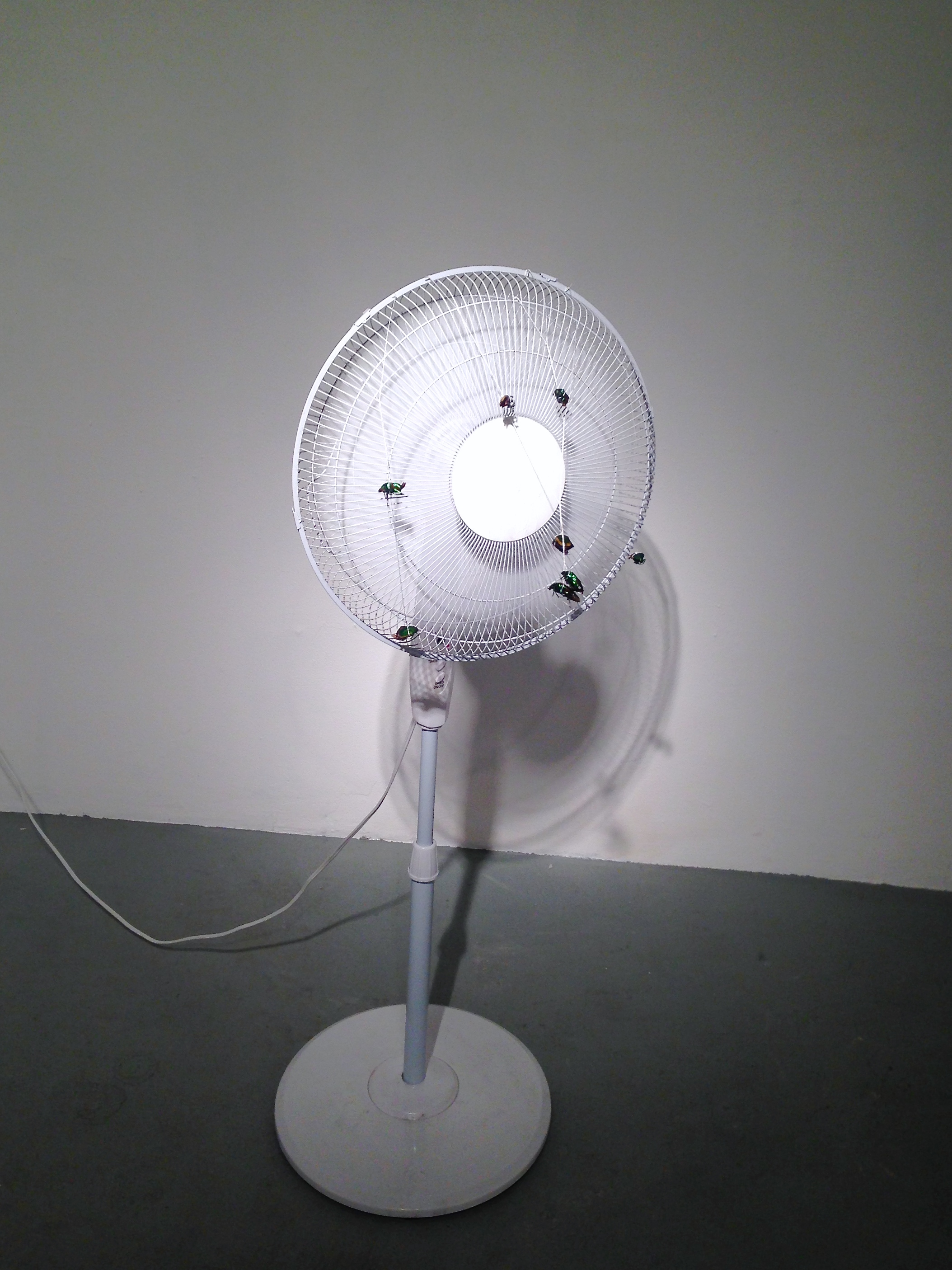 Contemplating mortality is a subject all too familiar— diagnosed with a rare blood disorder requiring monthly infusions and frequent hospital trips, Matheke sublimates materials like blood and fire as primary mediums to forge an active ‘energy exchange’ with the viewer and as a tool for immortalizing natural ephemera.  Highly influenced from ‘the external: decay; collecting dead insects; feeling other people’s energy; walking around and observing things changing, growing, and ultimately dying,’ Matheke creates ‘surrogate bodies’ through his art, with ghosts frequenting his manifestations.

Opening today, Matheke debuts new works in sculpture, painting and a performance at CSUN Art & Design Center.  On view through 10.18, Interior Void is a thoughtful survey on experiential fields of the elemental, somatic, and subjective— an exhibition translating fascination, fear, abjection, and anxiety into an expressive occasion for interpretation and sovereignty. 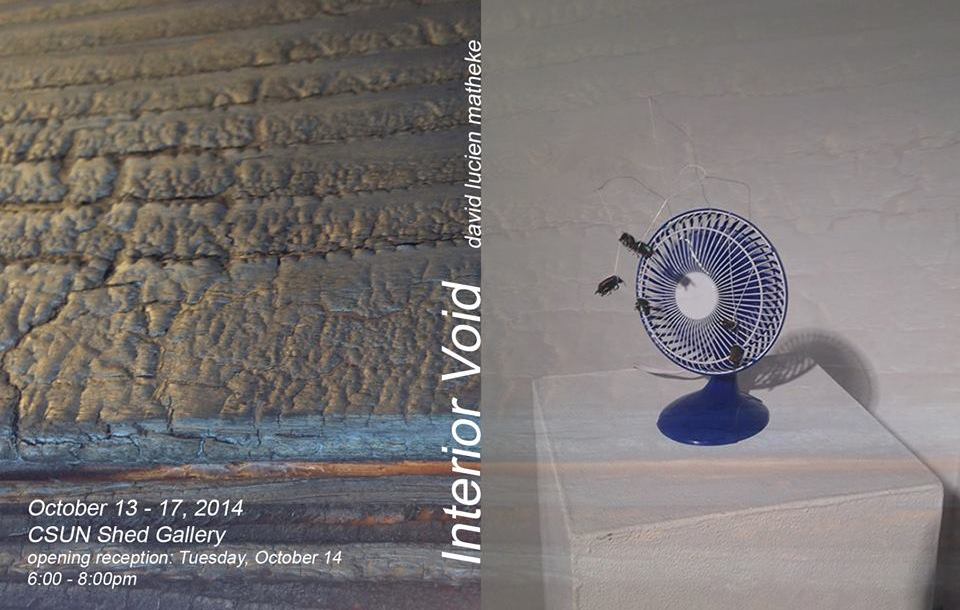 —Read more on David and his works in issue no. 7 of The Work Magazine, available December 2014.  All images courtesy the artist.